The Importance of CCMA Dispute Conciliation (a Constitutional Court Judgement)

Is the conciliation stage of a dispute completely “off the record?” Not so, says the Constitutional Court in a Judgment handed down on 27 February 2018.

“Conciliation is just a waste of time”; “ Ag, I am not going even to bother attending the conciliation” and “what is the worst that can happen to us if we do not go to the conciliation?” are typical responses from employers who receive notification of conciliation from the CCMA.

The recent Constitutional Court decision of September & others v CMI Business Enterprises cc [2018] ZACC 4, however, zoomed right into the underbelly of the conciliation process, and important lessons should be learnt.

The brief facts of the CMI matter are as follows:

The employees lodged two referral forms with the CCMA. The first was that of an unfair labour practice and the Skills Development Act, and the second related to alleged unfair discrimination in terms of the Employment Equity Act.

The matter was unresolved and was referred to the Labour Court. The employees alleged in their Court papers that their resignations were automatically unfair constructive dismissals based on racial discrimination (which discrimination was of appalling nature), and they sought compensation.

The employer party did not oppose the matter in accordance with the rules and practices of the Labour Court, and a default judgement was granted to each of the three applicants. Two applicants were awarded R 240 000-00 each, and the third R 192 000-00.

The employer party sought to have the judgment rescinded.

Conciliation of a dispute is a compulsory step before the Labour Court will hear a claim, and the issue was thus whether the claim, regarding which judgment had been granted, had been conciliated or not.

As it was common cause that a conciliation meeting had taken place, the real question was what actually took place during the conciliation. The Labour Court, then the Labour Appeal Court, and finally the Constitutional Court all grappled with this issue.

The employees submitted that the true nature of the dispute became clear during the proceedings, i.e. a constructive dismissal due to unfair discrimination, while the employer was of the view that the dispute conciliated at the CCMA and the claim before the Labour Court were completely different.

The certificate of outcome issued by the Commissioner recorded the dispute as being that of “unfair discrimination”. The referral forms in terms of which the disputes were lodged were also considered.

The Constitutional Court found that the approach of the Labour Appeal Court, ie. that one was precluded from referring to evidence outside of the referral forms, and the certificate of outcome in order to determine the nature of the dispute was incorrect. It also found that evidence of what actually took place at the conciliation could be led to determine the nature of the dispute.

The Constitutional Court accepted, inter-alia, as it was apparent that the employees’ employment had already terminated at the time of the conciliation, that it was highly probable that the Commissioner would have sought clarity for the reason for such termination. Hence would deduce that the reason for the termination was a constructive dismissal due to discriminatory conduct.

The version of the employees was thus accepted; the conclusion was that the dispute had been conciliated, and therefore the judgment of the Labour Court made in favour of the employees stood, and was not rescinded.

What valuable lessons can be learnt from this judgment by both employees and employers?

First and foremost is that, where it is in the interests of justice to do so, a Court will allow evidence to be led as to what took place during the conciliation. Therefore one should not regard conciliation as an unimportant or insignificant event, but one should rather be properly prepared for the conciliation hearing, and be mindful of what is to be discussed.

Secondly, whether is one submitting, or one is receiving, referral forms, careful cognisance must be taken of what is recorded in the referral form – the contents may be crucial.

Thirdly, what occurs at the conciliation can significantly shape and influence the outcome of a dispute further down the line when the matter is being determined by an arbitrator, a Judge, or even Judges [when matters have to be pursued all the way to the Labour Appeal Court or the Constitutional Court]. 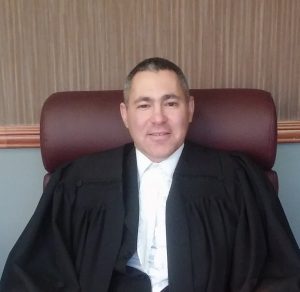 Article written by Craig Berkowitz, Specialist Labour lawyer and Acting Judge in the Labour Court of South Africa  Craig can be contacted on 083 453 1822 or by email at cblaw@netactive.co.za.

Our agency specialises in professional placements (senior and specialist talent) and exclusive skills recruitment to a wide range of industries, including JSE’s top 100 companies, SMEs and the Public Sector. -- Patricia Jacobs

Career College Freedom Job Jobs Land Search Teacher
We use cookies to provide you with the best possible user experience. By continuing to use our site, you agree to their use. Learn more